You are here: Home / About Us / Leaders / Daniel O’Brien 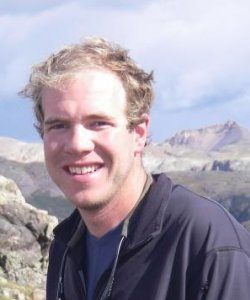 Daniel O’Brien is the Head of School at the High Mountain Institute. As Head of School, Danny has led the way in creating new Gap semester offerings for high school graduates, overseen record enrollment and application numbers for the HMI Semester and Summer Term, and more than doubled fundraising totals for the HMI Fund—while leading HMI through its largest-ever capital campaign.

Prior to becoming Head of School, Danny wore many hats at HMI. He taught history and served as Director of Admissions and as Acting Head of School. Danny has presented on the value on the HMI experience at national conferences. He serves on independent school accreditation teams for the Southern Association of Independent Schools and the Association of Colorado Independent Schools (where he is on the Finance Committee) and as a consultant to the College Board.

Danny believes the Community Fund will tie together the outstanding talents of Lake County Citizens while supporting the efforts of so many to make Lake County an even better place to live.

Danny received his B.A. from Middlebury College and his M.A. from the University of Colorado at Boulder. He loves spending time outside with his wife, Ellie, and their daughter, Vivie.

Our organization earned a 2021 Gold Seal of Transparency! Now, everyone can view our financial details and learn about the people at our organization. Check out our updated #NonprofitProfile on Candid

Local groups such as nonprofits, churches, and governments are eligible to apply for a grant. Learn more.